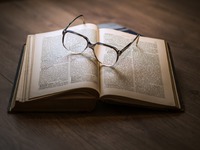 I had personal experience of Scenar, the forerunner to Physiokey  after a family member was unable to lift his arm following a fairly serious operation to  rebuild a bone in his shoulder. Following a course of therapy, which had also identified the precise source of the problem, he gained full mobility with no further problems.

More recently, I developed a nasty case of plantar fasciitis which had persisted for six months. I was in serious, debilitating pain and nothing I tried helped. In desperation I decided that the only hope was to pursue the same therapy which worked within a short time allowing me to resume everyday activities.

I was so impressed with my recovery that when I discovered the Physiokey, the next generation of Scenar I decided to train professionally.

I was already a professional practitioner of alternative medicine with a special interest in the use of frequencies in healing and the Physiokey was both a natural progression for me and a brilliant adjunct to my practice.